Deletor helps you reduce the clutter in your disks and other storage media by deleting files and folders matching your criteria.

The program can search multiple root folders and delete files according to their tags, metadata, time, duration, size, attributes, name and name patterns including wildcards.

A shredding feature is also available to destroy sensitive documents and make them virtually impossible to recover. Shredding methods include the Department of Defense standard DoD 5220.22-M.

Deletor supports filter packs to help you organize commonly used deletion specifications and quickly recall them by name. A log feature is also included to report operation progress and details in a window or a file. You can also preview operations to verify your settings and collect data such as the number of deleted files and the amount of recovered disk space.

In addition to the graphical user interface, a command line interface is also available to easily automate cleaning tasks by running Deletor in the foreground or background using batch files, shortcuts, scripts and schedulers.

The user interface of Deletor feels crowded by design. Since the app deletes files, all filters are visible and grouped in the main window to help you see exactly what you are doing before hitting that Delete button. Note that a Preview button is also available to stage operations and collect statistics. 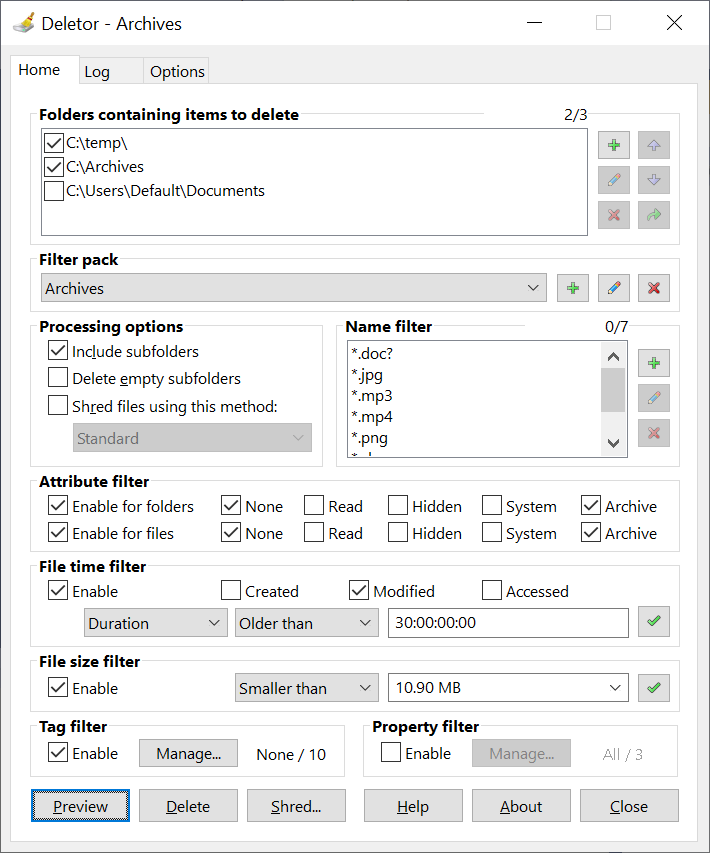 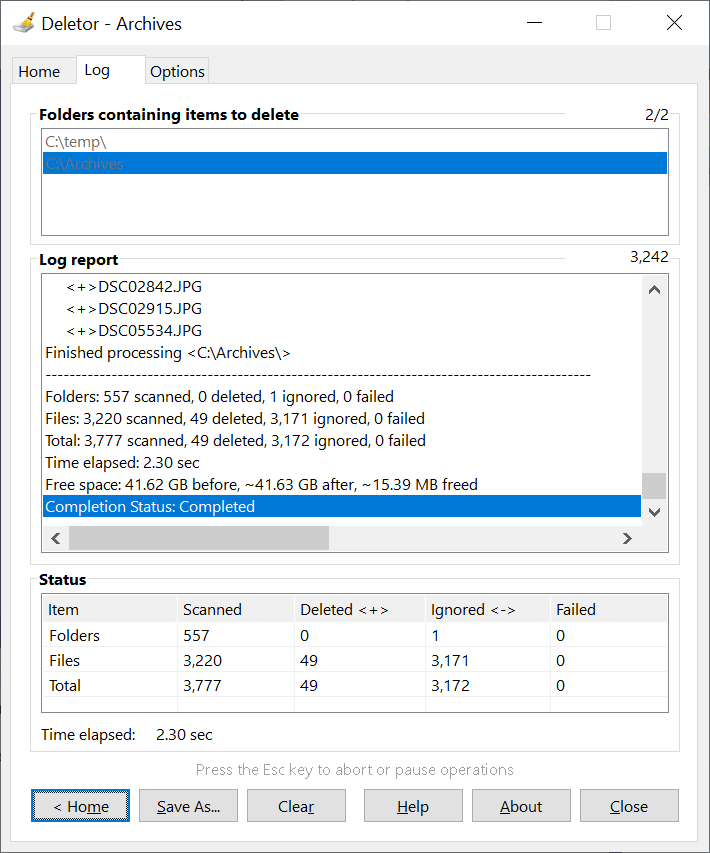 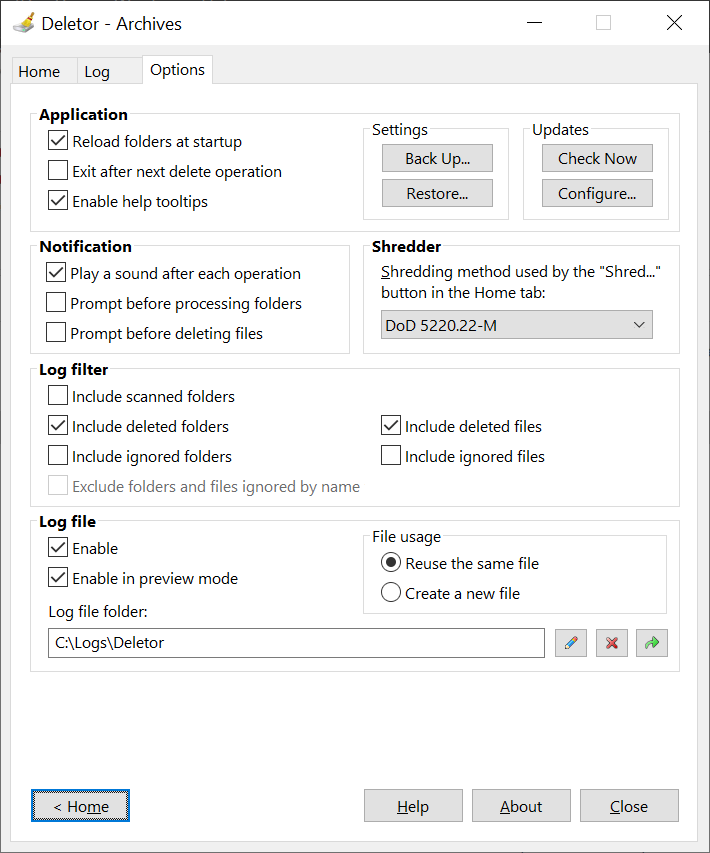 Added folder inclusion support to name filtering. Before, all subfolders were processed unless specifically excluded. Now, you can process specific subfolders and ignore the others.

Added a command line parameter to hide Deletor while it is running.

Made the time in the date filter optional and fixed a bug preventing the processing of very long command line arguments.

Fixed a bug causing file scanning to stop prematurely when a folder with security attributes was encountered.