With the world becoming more connected, people are following world events, doing business, talking to family and creating friends internationally. Horas is a world clock that helps you keep track of time in different cities by displaying multiple clocks on your desktop. Horas is packed with useful features and yet, it is very easy to use. Whether you are a professional, a hobbyist or a computer novice, you will find Horas invaluable in helping you stay properly connected to the rest of the world.

Horas takes the confusion and finger counting out of time management with tools including a converter in which you can enter the time in a city and see the corresponding time in the others. 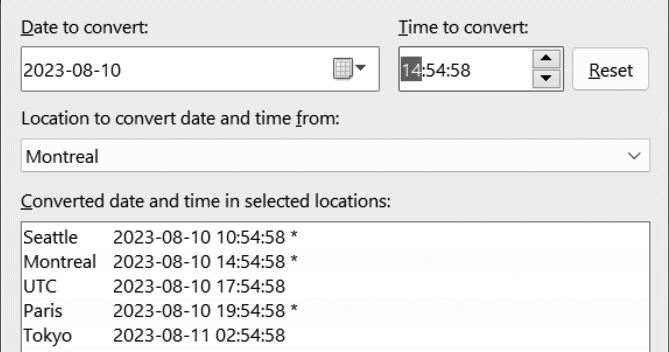 A calendar is included for quick date lookups and calculations. All you need is a click or two to figure out a time duration and a past or future date.

Plus, Horas can automatically adjust your computer clock by synchronizing it with atomic clocks.

Customize Horas to your needs from the way it looks, to the way it behaves. Time format, daylight saving time, Swatch Internet Time, auto-hide, hot key, data download, clock style, background style, color, font and more... All can be adjusted to fit Horas on your desktop and in your habits.

Try Horas for a few days and see why it's not a JAWC (Just Another World Clock:) 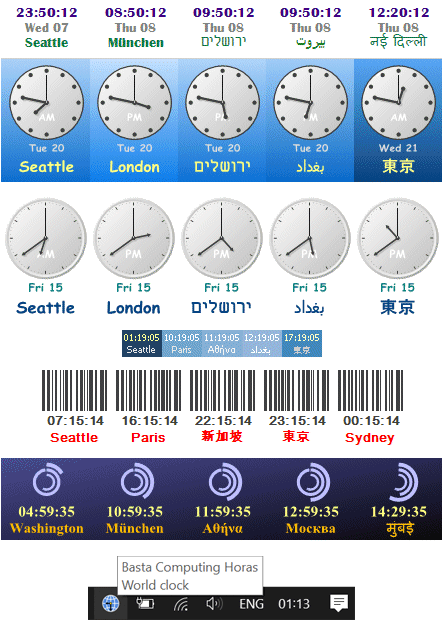 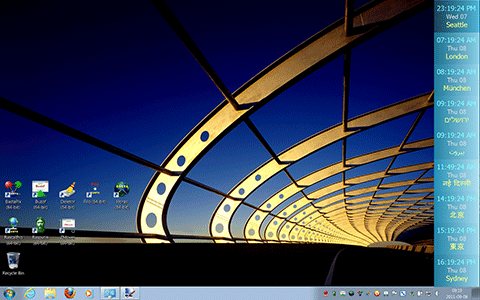 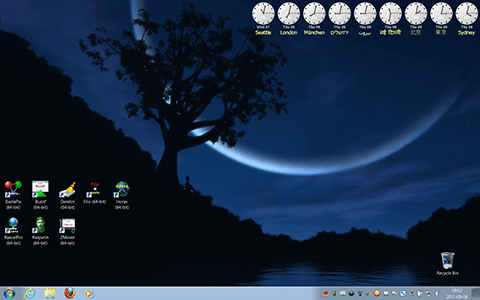 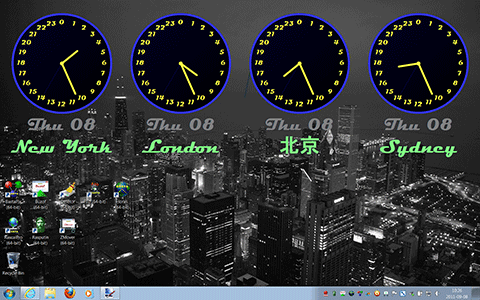 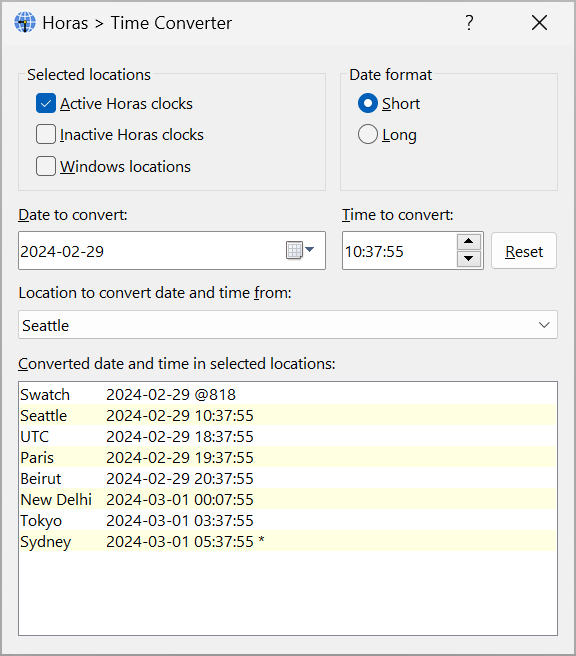 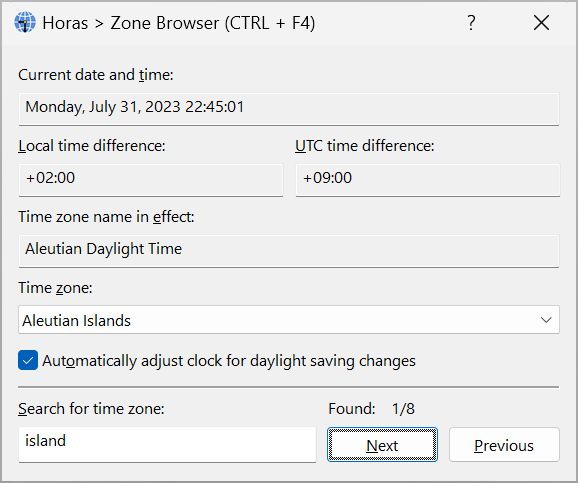 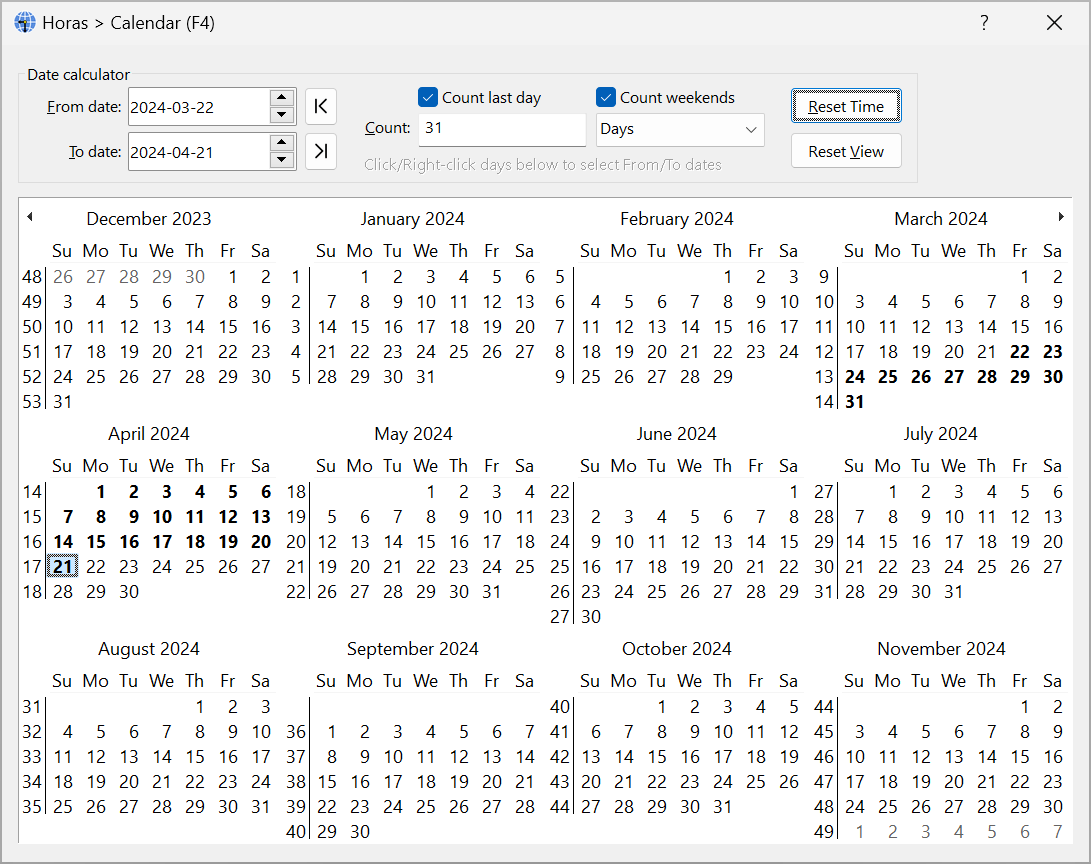 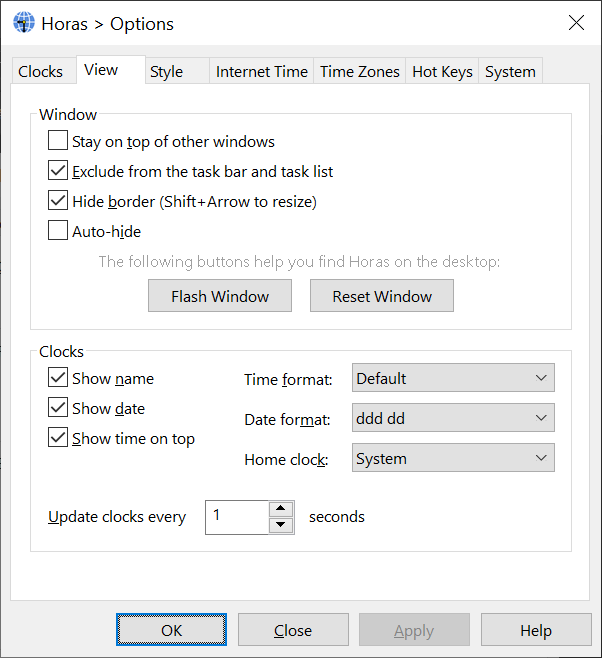 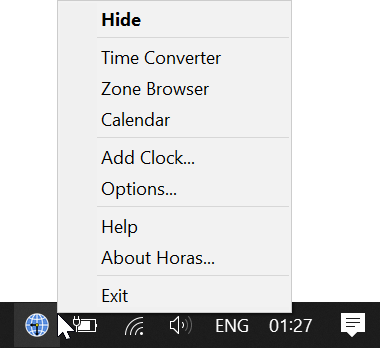 For all Windows versions