ZMover helps you manage your desktop layout by enabling you to set the size, position, layering and state of other application windows. Instead of wasting time rearranging windows across your single or multiple monitor display, you can configure ZMover to do the job for you. Simply tell ZMover which windows you want to modify and how, then hide the program and let it work in the background. ZMover will monitor the desktop and automatically reposition, resize, or even keep selected windows below or above the others when they open.

ZMover lets you manage windows across several monitors with ease. The number of applications lacking multiple monitor support and the increased desktop space offered by such setups make it more difficult to maintain an optimal desktop layout. ZMover eliminates these difficulties with its ability to define window layouts for different monitor configurations.

ZMover's ability to save and restore window layouts according to different monitor and display configurations makes it also ideal for laptop users who plug-in at multiple locations: as soon as you connect your laptop at home or any of your offices, ZMover will automatically arrange your desktop the way you defined it for that location.

ZMover features a toolbox with an intuitive view of your display and commands to easily rearrange windows on any monitor. You can also save your desktop icon positions on each display configuration and restore them later if they get shuffled. Hot key support is provided to perform operations at the touch of a key, even when ZMover is hidden, including the ability to send the cursor to any monitor.

ZMover stores user preferences in a small portable file. So it's easy to define a desktop layout on one computer and propagate it to other computers in a lab or a data processing center. Organizations and IT professionals can benefit significantly from this capability in situations where it's important to position windows in a uniform and familiar way across many workstations.

If you need to have your windows arranged in a certain way, stop doing it manually and let ZMover take care of it for you! 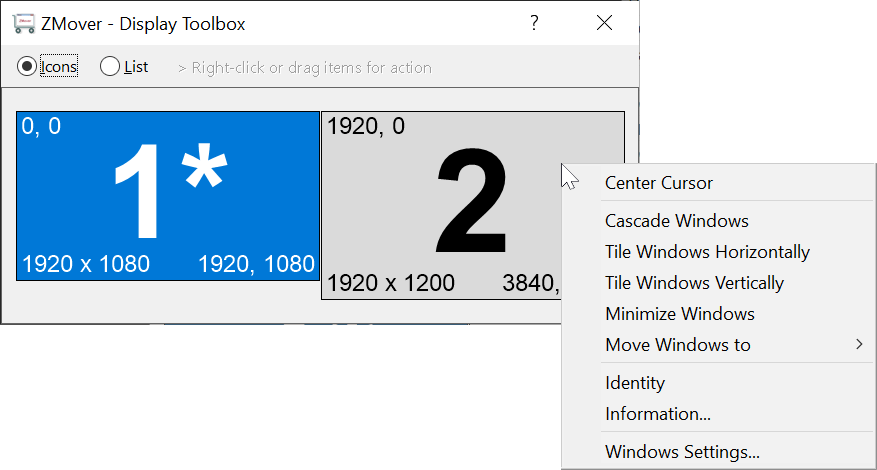 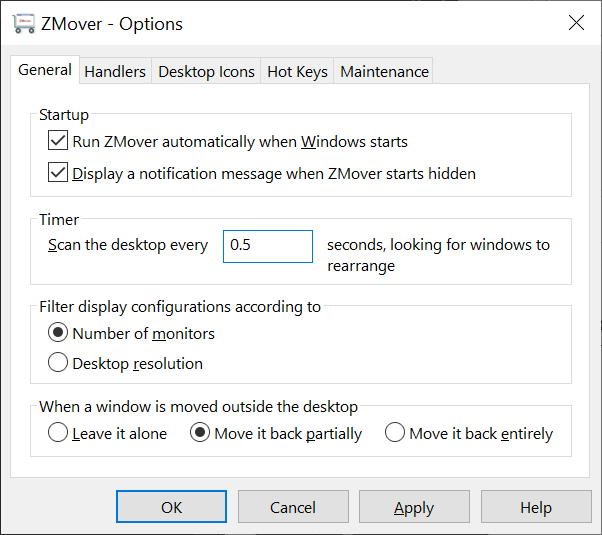 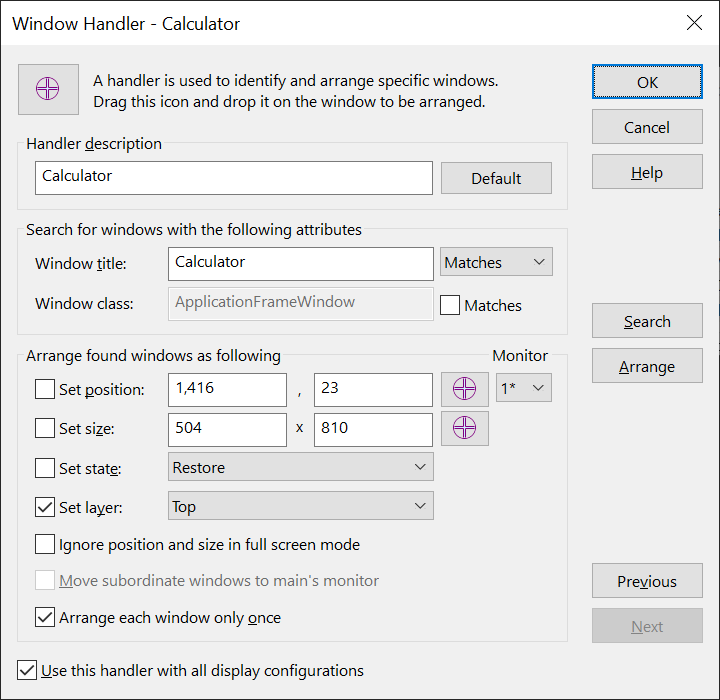 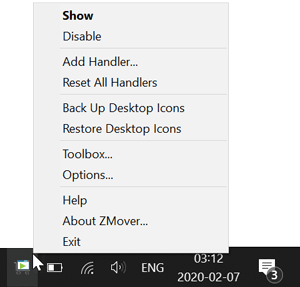