In an age where even a temporary malfunction of a web site or a mail server means loss of business, productivity, or communication, it is important to make sure that your Internet services are running around the clock. The ability to be notified when such services fail is just as important to avoid bad surprises.

Well, you don't need to stay glued to your monitor, or get a call from an angry boss or customer. You just need Netoscope.

Netoscope is a simple and effective tool to monitor Internet services such as web, ftp, or mail servers. When a monitored service fails, Netoscope can notify you about it or even correct the problem if possible. This makes it a useful tool for both client and server machines.

Netoscope provides several ways to respond to failed services. Audio and visual notifications can alert people near the machine. E-mail notifications can be used to inform a wider range of remote operators. This includes paging on-call staff if their cellular phone or pager can accept e-mail messages. Netoscope also provides a batch processing feature which can be set to run applications in response to failures. This gives you the opportunity to attempt an automatic restart or recovery of the service. 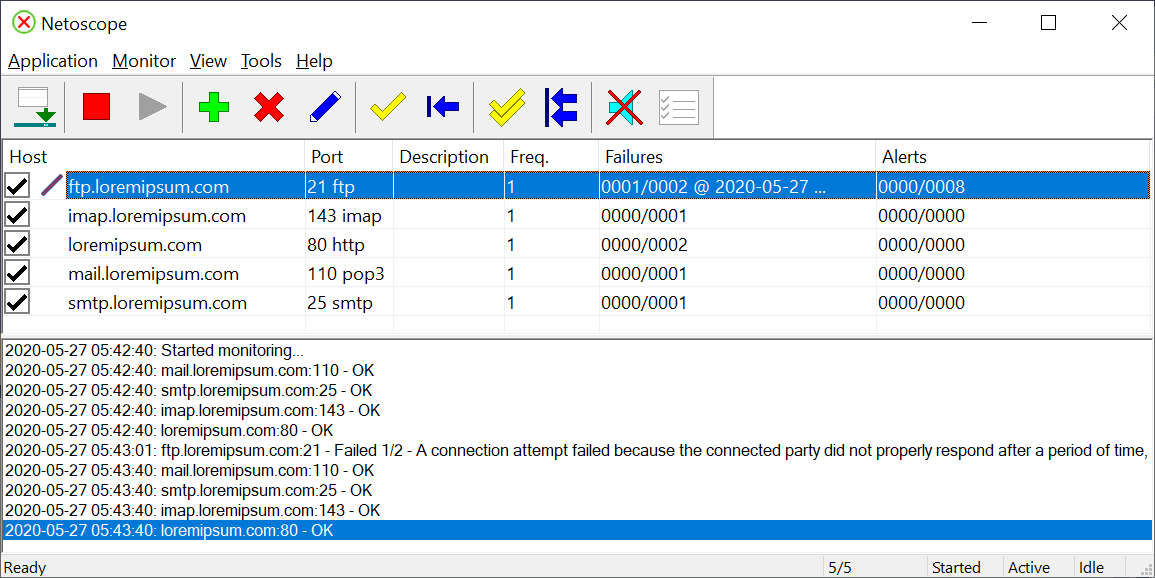 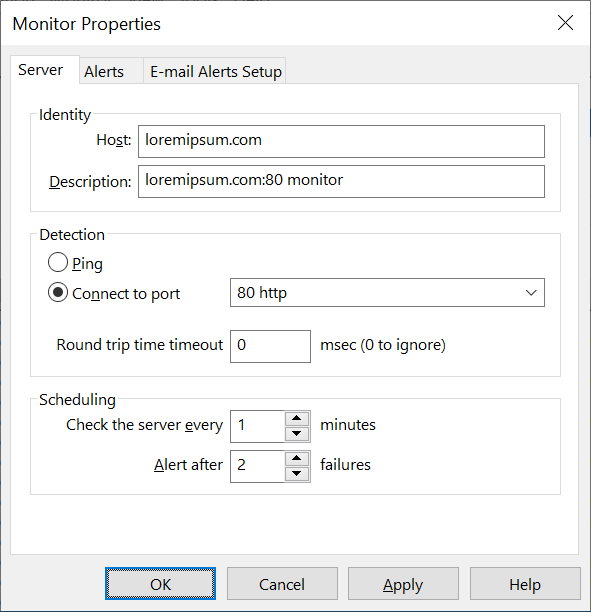 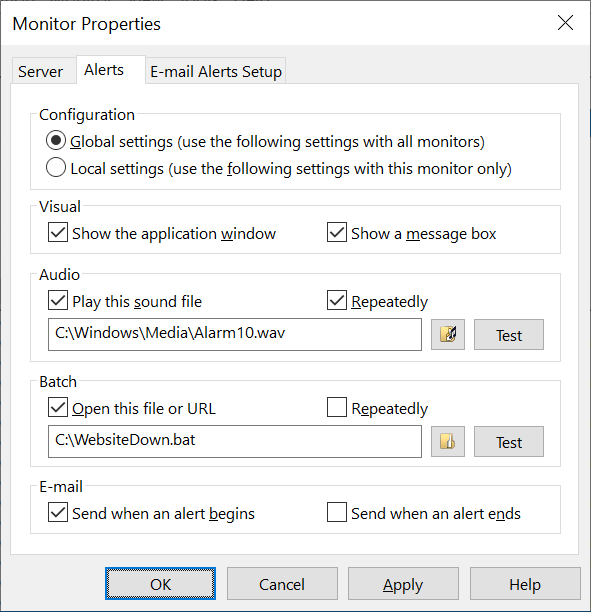 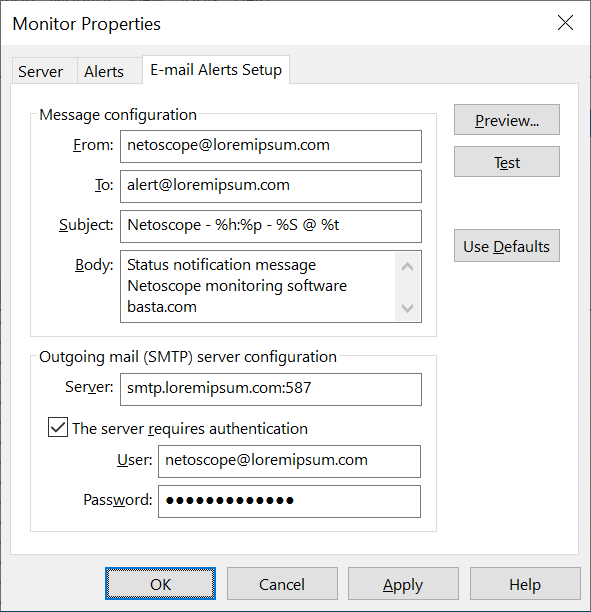 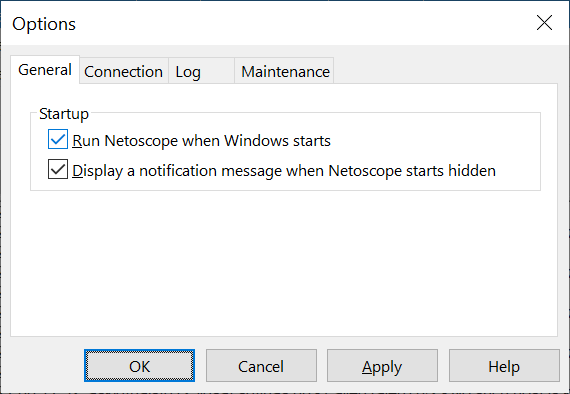 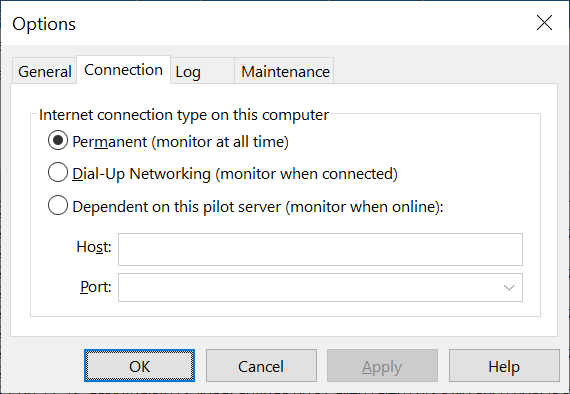 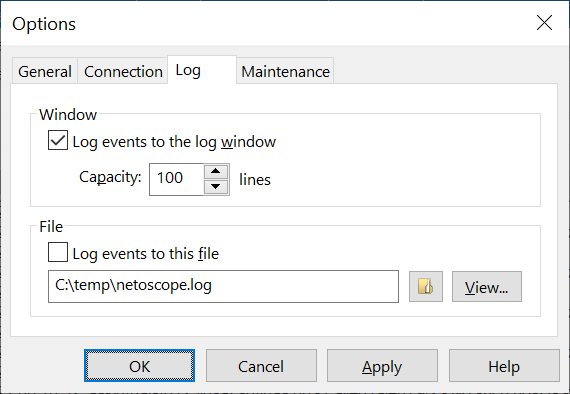 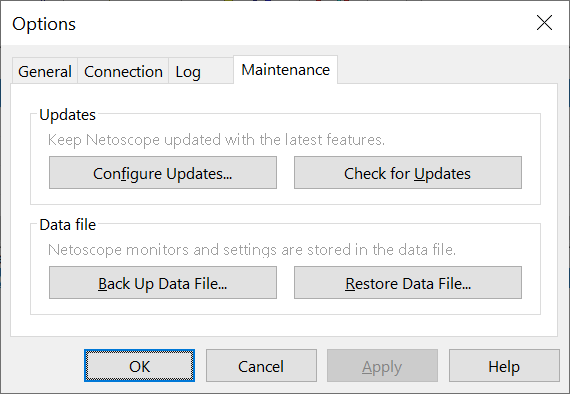 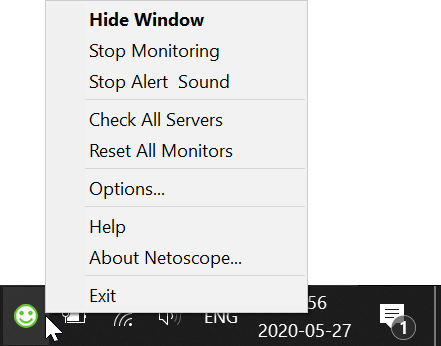 For Windows 2000 or later: Added support for multiple Windows user accounts. Minimized the amount of memory used when the main window is hidden.

For all Windows versions: Added placeholders. Showed the main window when trying to run a second instance of the application. Overhauled the help system. Discontinued Windows 95 and NT compatibility.

Displayed the application system tray icon after logging on when the program is used as a Windows service, and fixed a batch processing bug that was introduced in v1.1.