Annoyed by the repeated assaults of spurious messages and confirmation prompts on your desktop? Would you like to get rid of Internet cookies or pesky "Are you sure you want to do this or that" questions? Don't let these or any other windows stress you, interfere with your productivity, or freeze your computer while you are away. Get rid of them with Buzof!

Buzof enables you to automatically answer, close or minimize virtually any recurring window including messages, prompts, and dialog boxes. Simply teach Buzof how to click the button that you would normally click to get rid of the annoying window. From this point on, Buzof will periodically scan the desktop and take care of the window whenever it shows up again.

Teaching Buzof how to click buttons is a snap; it can be done either by dragging an icon from the Buzof window to the targeted button, or by positioning the cursor over the button and pressing a hot key.

Buzof is designed to handle many different situations that would otherwise need to be addressed individually by specialized software. In fact, Buzof handles all kinds of messages and dialog boxes so well that many users think that it was designed for their specific needs.

Since all of the information is stored in a small data file, it is easy to use one machine to define a configuration that will be propagated to other computers in a lab or data processing center. Corporate users can benefit significantly from this feature in situations where it's important to configure many workstations in a uniform way.

Stop wasting time with unsolicited messages that invade your desktop out of nowhere. Get Buzof! 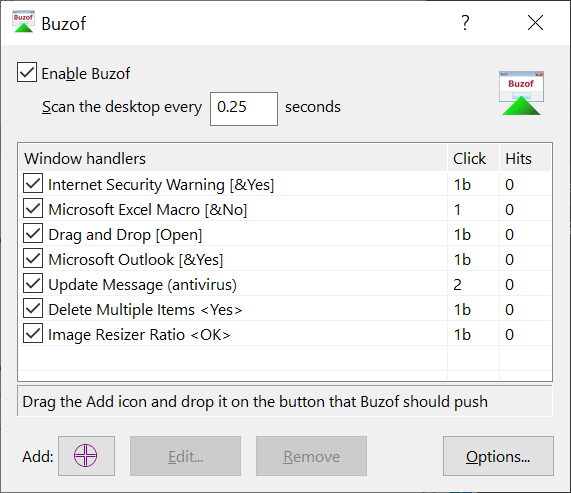 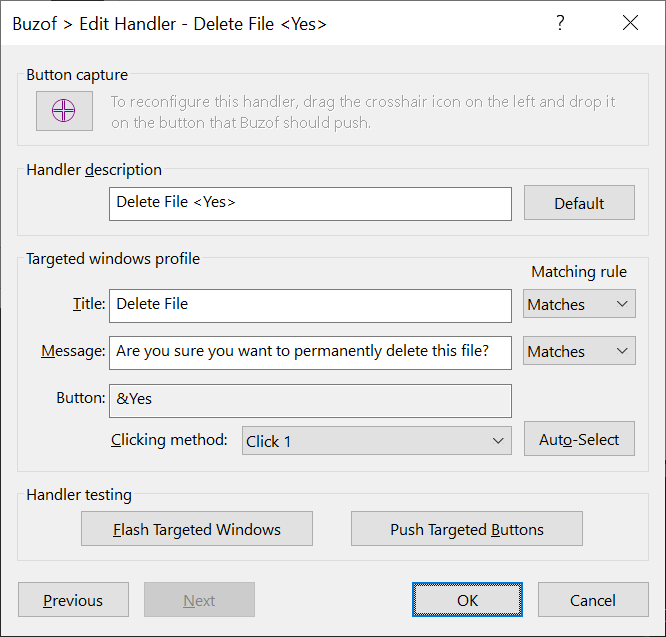 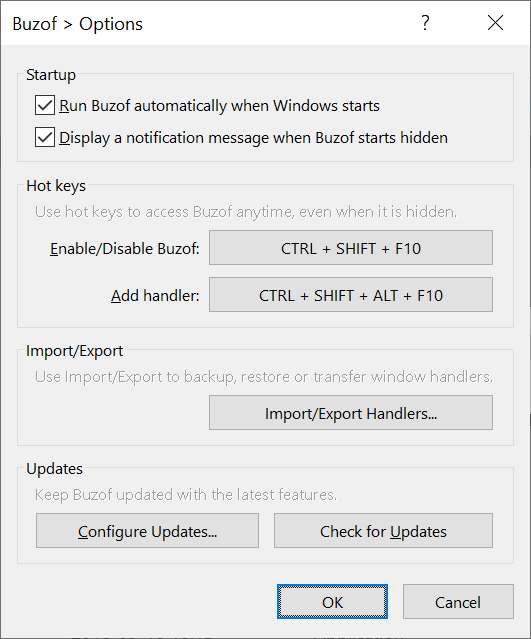 Updated installation procedure and package information, added support to minimize windows, and move user-defined settings from the registry to a dedicated data file.

Fine tuned the message handler to cover CleanSweep and the like, and added an import/export feature.

Fine tuned the message handler to cover Schedule+ and the like, and saved message modifications more often.

Added a dragging option for low resolution and crowded desktops.