CaptureStuff - Capture stuff on the desktop

CaptureStuff is an integrated collection of tools designed to speed up your communication and creative work. It includes the following components.

A screen copier to capture windows, window parts, display monitors, and areas in multiple shapes including freehand, with transparency support. You can then paste captured elements into other applications or export them to files in multiple formats.

A color picker to capture pixel colors on the screen and paste them into other applications in just two clicks without losing focus, or export them to files, preview and print them in a web browser.

A gauge to measure elements and maps on the desktop with the cursor in multiple units and shapes including multiple-point paths.

A ruler to measure elements and maps on the desktop horizontally and vertically in multiple units. The ruler includes a cursor guide, real-time coordinates and pixel-by-pixel moving for added precision. 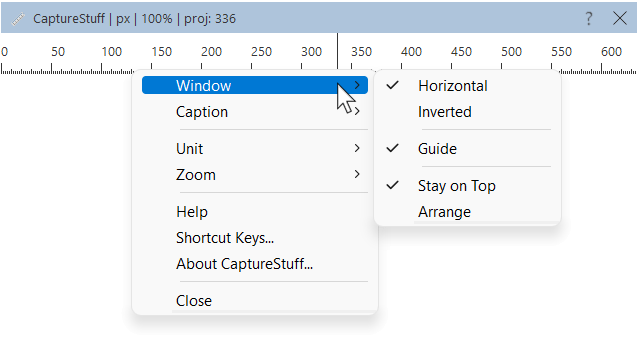 A magnifier to scrutinize areas on the desktop as you move the cursor around and copy items of interest.

A Windows clipboard helper to monitor in real-time data copied in applications including image properties and text statistics. You can also import files into the clipboard to paste them into applications, and export or convert copied or imported data to files in multiple formats including TXT, PNG, GIF, JPG, TIFF, BMP, WMF, EMF and ICO.

CaptureStuff runs anchored in the system tray so you can keep it hidden while you focus on your work and bring it up instantly when you need it, or just capture stuff even while it's hidden using the hot keys and auto-copy features. 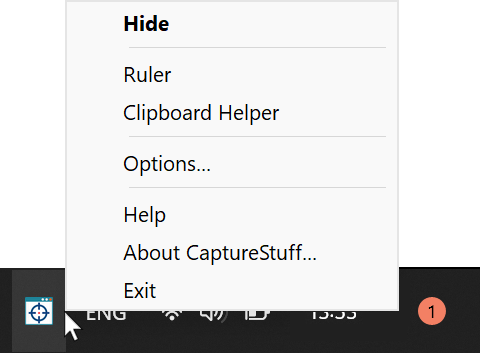 CaptureStuff is advanced enough to cover the needs of professional designers and simple enough to accommodate casual users. A rich feature set coupled with an efficient interface make CaptureStuff the perfect tool to put your work together better and faster. A must-have app for web and graphic designers, engineers, hobbyists, or anyone fiddling with images, plans, maps, or social media posts.

Spend a few minutes trying CaptureStuff and save many hours using it! 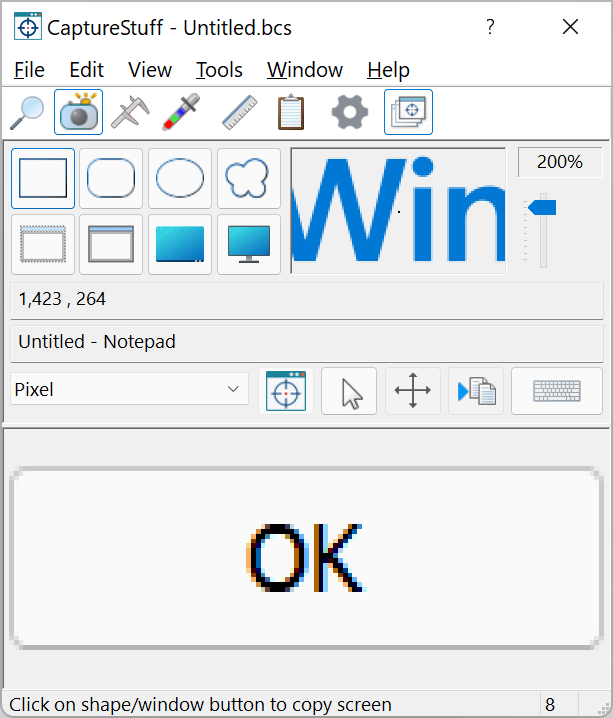 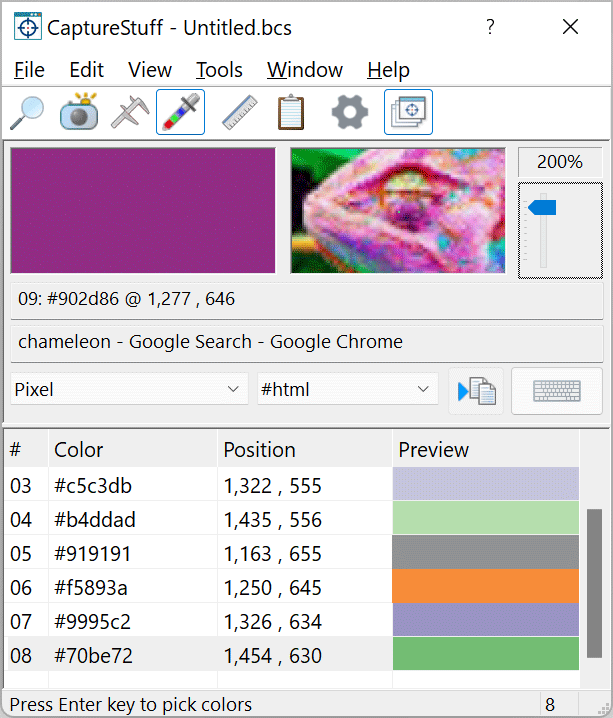 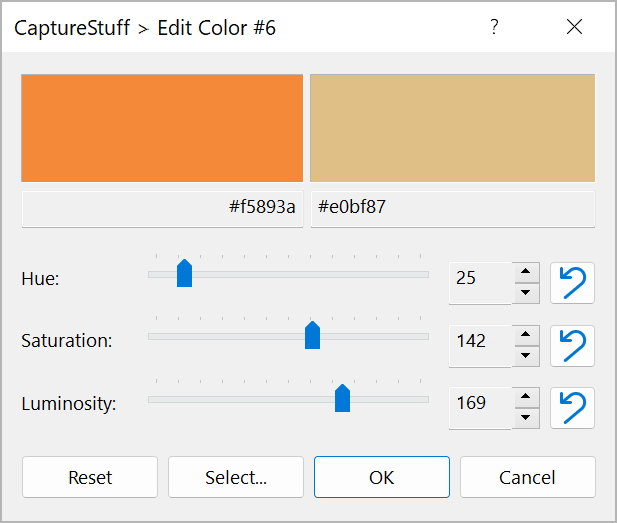 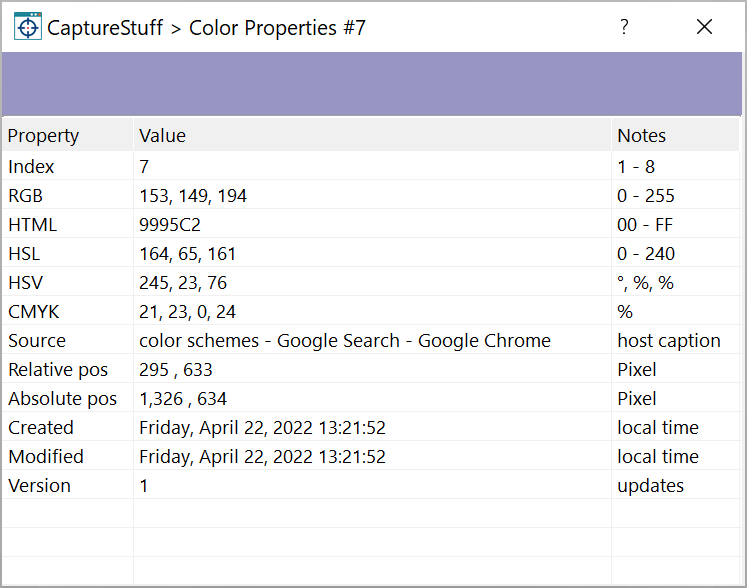 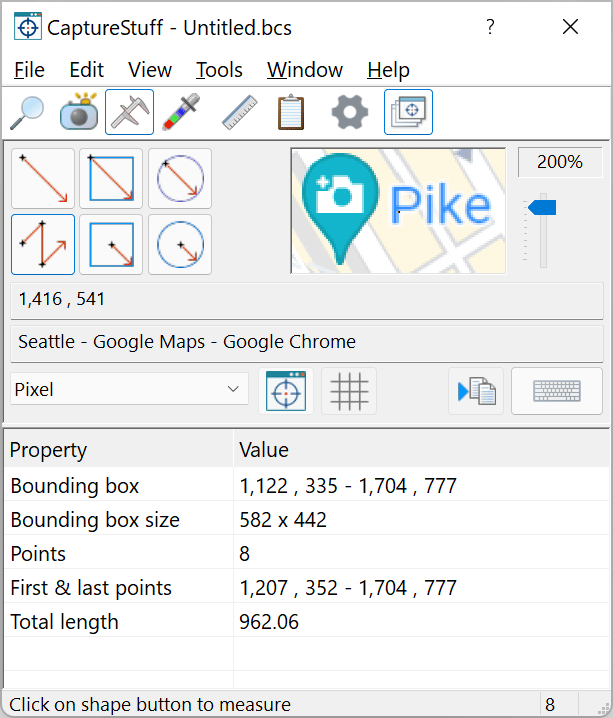 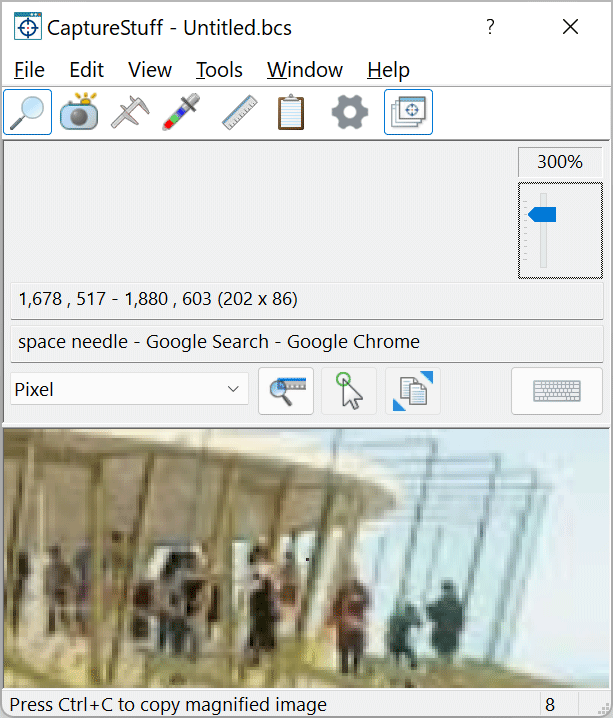 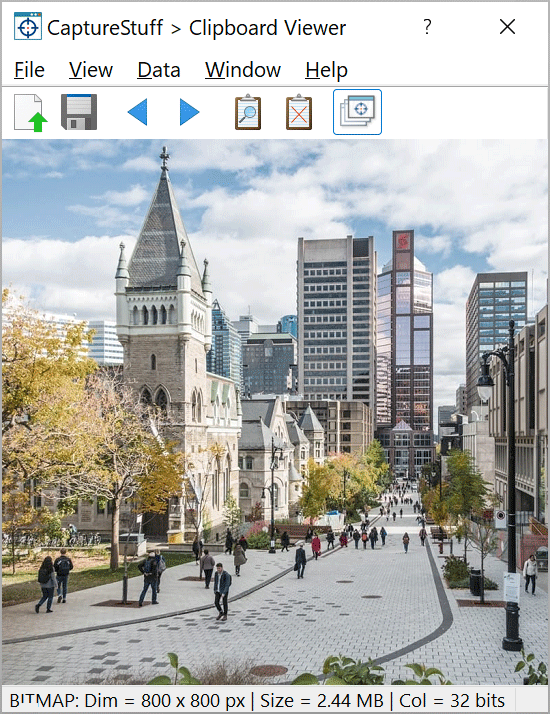 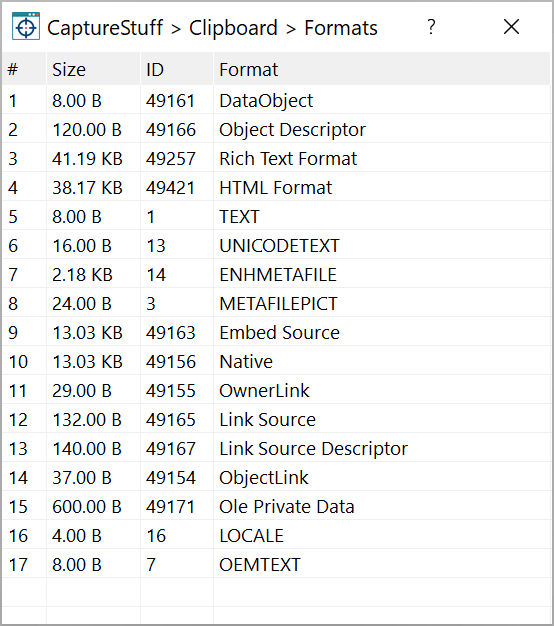 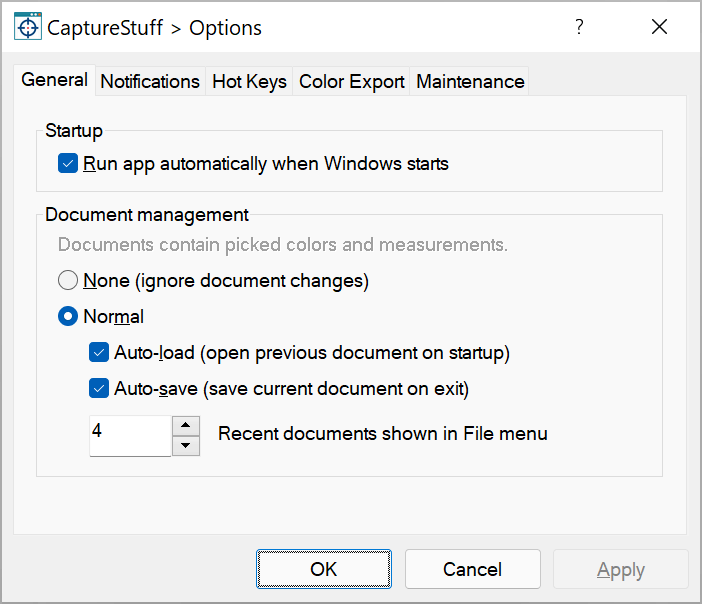 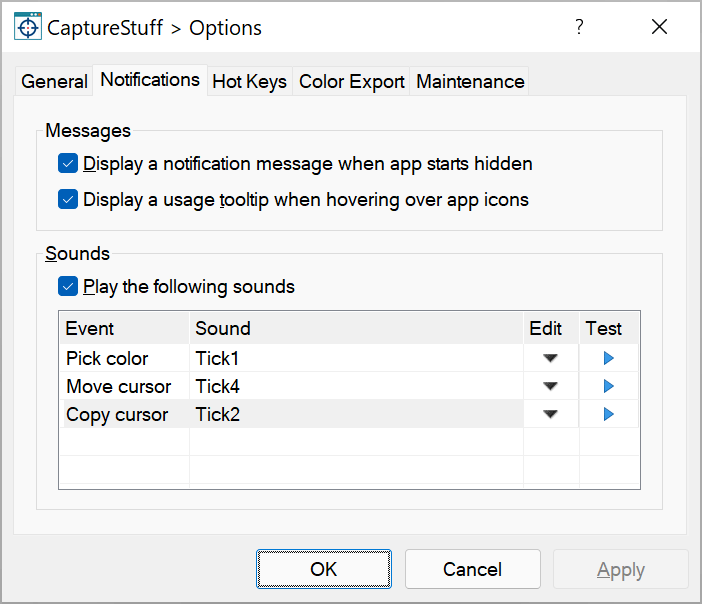 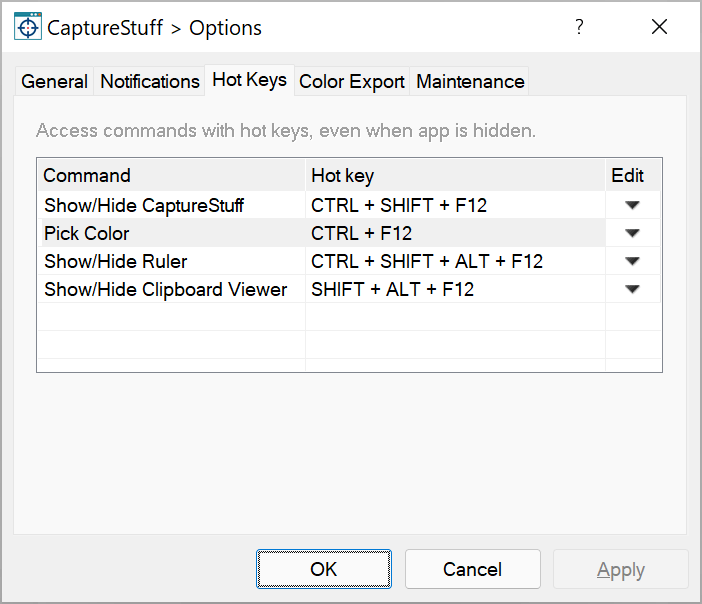 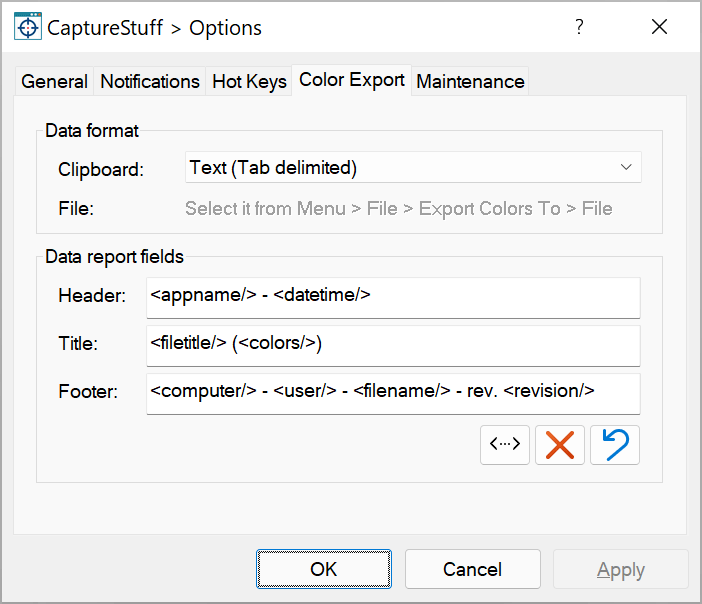 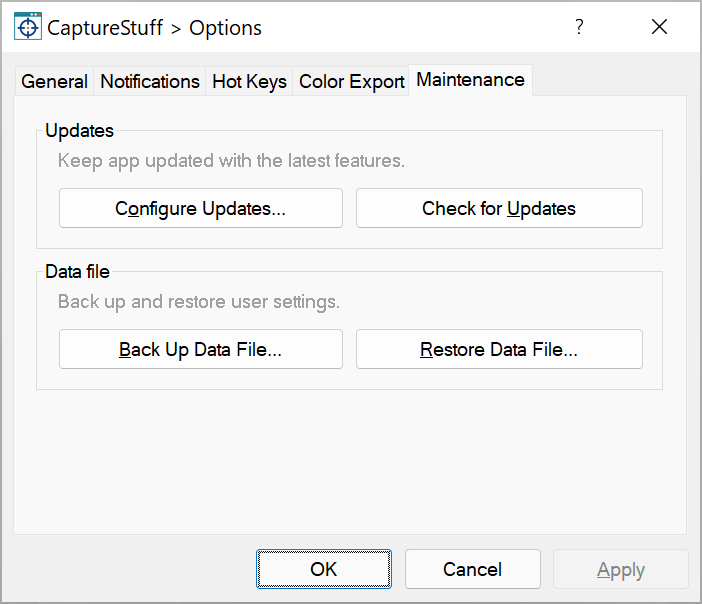