Files have been growing in size at an impressive rate. Between movies, music, presentations and databases, we often find ourselves struggling to transfer or back up large files.

Splitty enables you to reliably divide large files into smaller manageable files that can be easily transferred over the Internet, or stored on DVDs, CDs, USB flash drives and other modest storage media. You can recombine the smaller files later to recreate the original large files.

Splitty is not just another file splitter, it has been optimized for performance, security, and reliability. Splitty uses a checksum algorithm to ensure data integrity and breaks the 4GB barrier to let you split files of virtually any size.

A self-extracting feature is also included to facilitate the distribution of split files and recover the original file without Splitty.

Drag the files you want to split from Explorer and drop them onto Splitty, then click on the split button and leave the rest to Splitty.

SplittyLite is a special edition of Splitty with a reduced feature set:

A copy of SplittyLite is included in the Splitty package but you can also download it here: 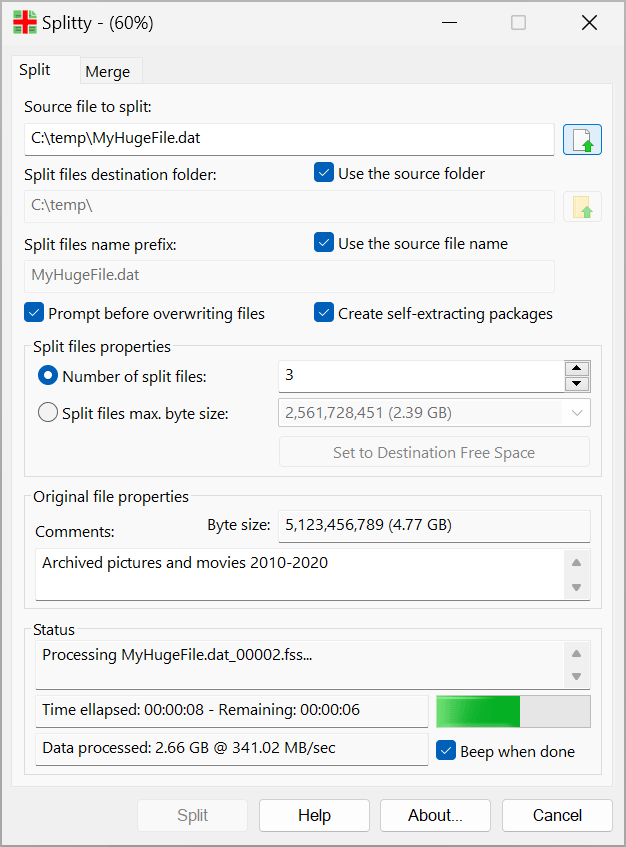 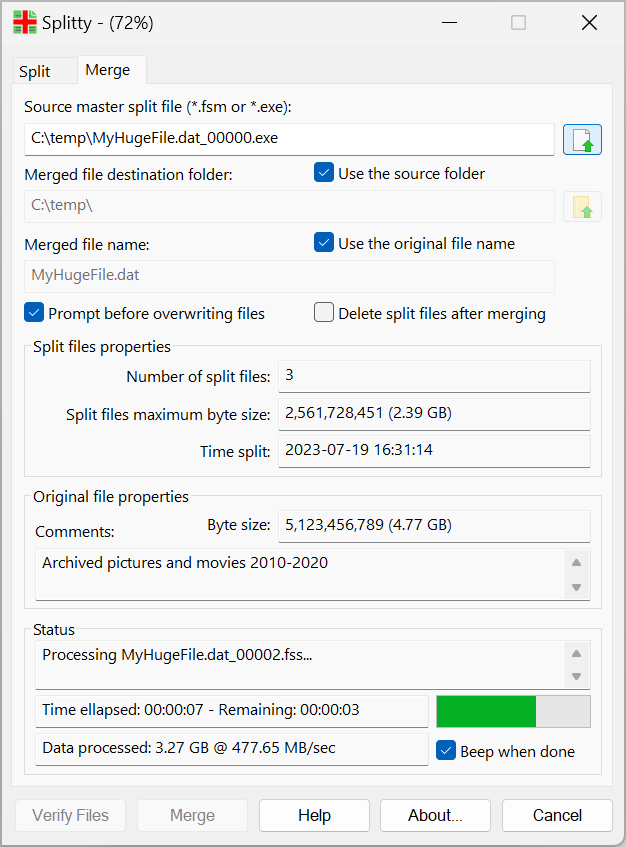