Turn any application into a Windows Service to start it when the computer boots without logging on, keep it running 24/7 without human intervention, survive logoff/logon sequences, operate discreetly in the background, and run safely under a secured account.

AppToService is a Windows Console application that lets you run programs, scripts, batch files, shortcuts and other types of applications as Windows Services. This allows you to have some of the benefits of Windows Services such as:

Stop wishing your application was a service. Make it run like one with AppToService! 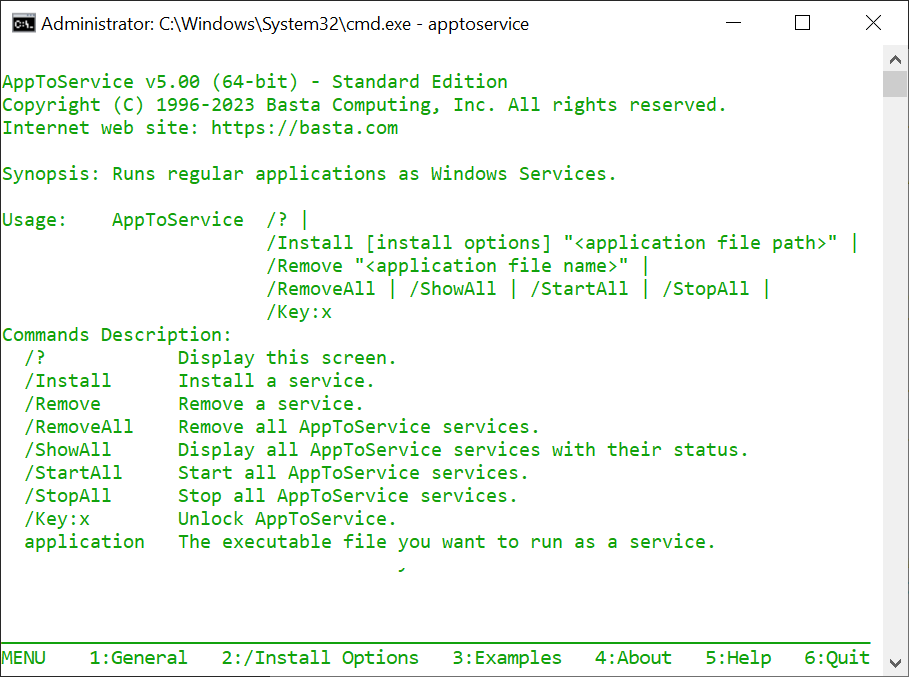 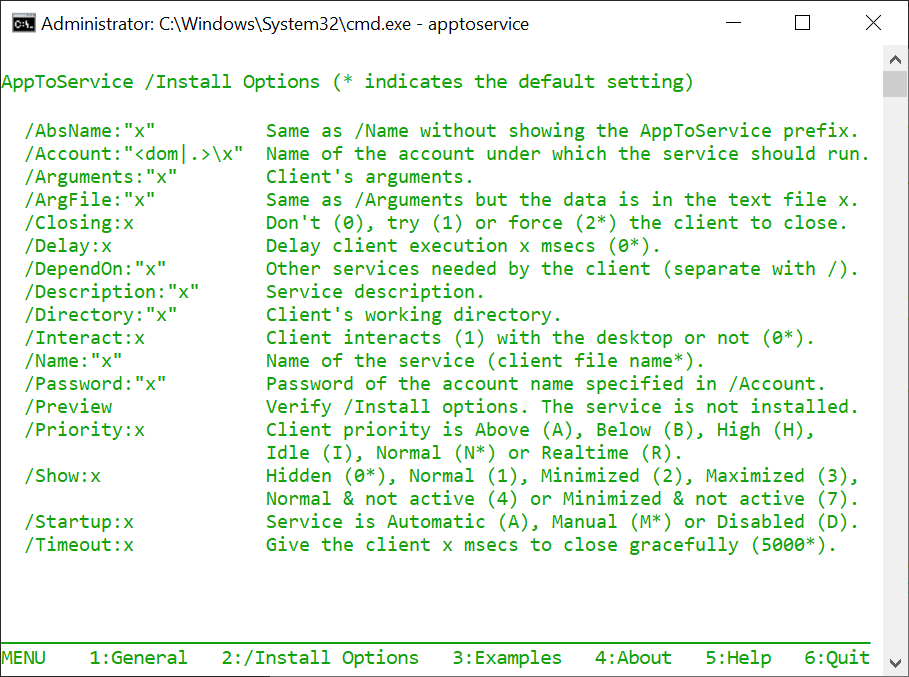 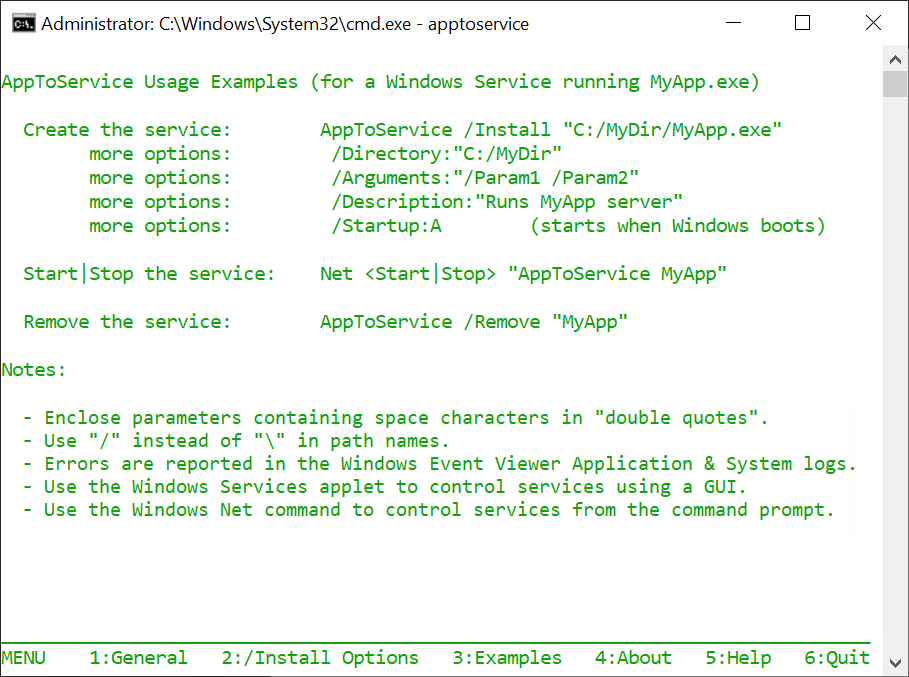 Added the /Description option to customize the description of services created with AppToService. Service descriptions are displayed, among other places, in the Windows Services application. Corrected the program to allow service names containing dot characters.

Added /StopAll and /StartAll to easily manage AppToService services, and /Closing and /Timeout to control the termination of client applications. Enhanced /DependOn to accept multiple services and to accept services using their display name. Added /Preview to see the client's execution instructions.

Fixed a v2.4 bug that prevented the /Arguments flag from working properly.

Added support for batch files. Added /ShowAll and /RemoveAll flags to display or remove all the installed services.

Added the /Interact flag to specify whether the client application should interact with the desktop. Added the /AbsName flag to eliminate the "AppToService" prefix in the service display name. Extended the command line capacity.

Added the /Directory flag to specify the working directory.